Home » Things To Do » In The Snow » BSU Hockey Event

The 59-year history of Bemidji State University's men's hockey distinguishes the BSU Beavers among the greatest collegiate sports programs. With 21 conference titles, 13 small-college national championships, and a trip to the 2009 NCAA Frozen Four, BSU has also seen 82 All-American student-athletes, as well as eight former Beavers go on to play on hockey's grandest stage-the National Hockey League. The Beavers traditionally play one of the toughest home schedules in the nation, in one of the country's best facilities, The Sanford Center. You don't want to miss any of this action, typically held September thru February. 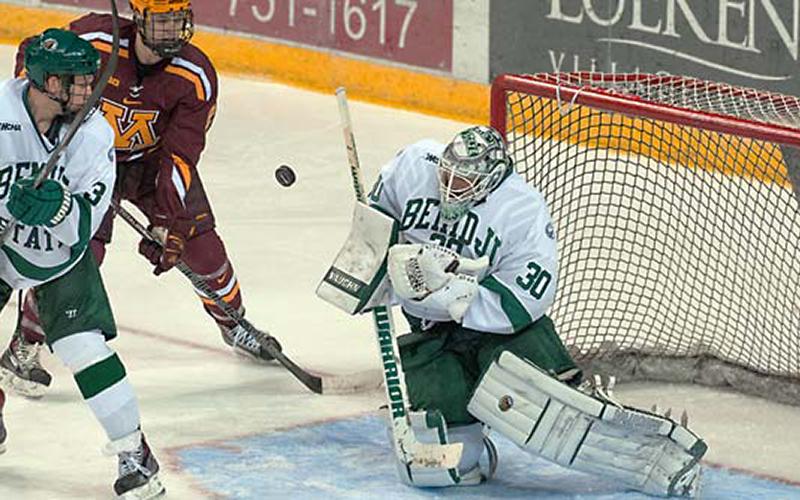