For nearly 400 years, the people of Sweden have celebrated the Sankta Lucia Festival on their longest night of the year, the 13th of December. Legend holds that on this date during a famine, a white-clad St. Lucia, the Lady of Light, appeared on a Swedish lake bringing food and ushering in warmer and brighter days. Bemidji, a city proud of its Swedish descent, keeps this tradition alive with an annual celebration said to be one of the largest of its kind in the U.S. This early morning festival includes the 'Crown of Candles' procession of lighted candles and singing of the light and joy, ushering in the Christmas season to Bemidji. A traditional Swedish breakfast is also featured. 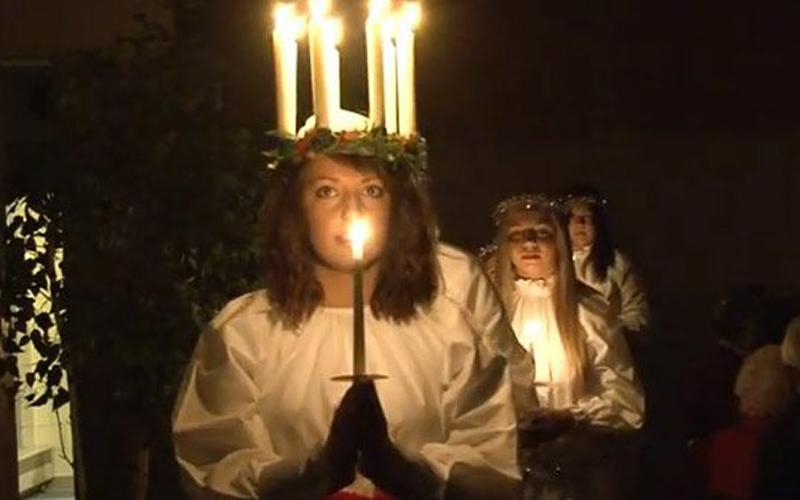